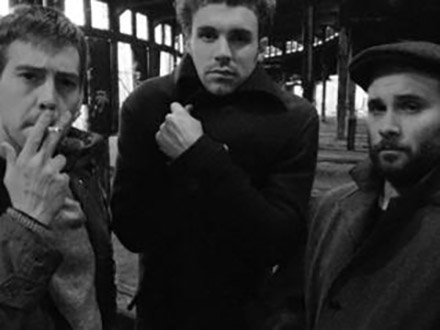 A.M. Thawn consists of Patrick, Michael, Holger and Thomas. The Band was founded in Summer of 1995 (another guitarist, instead of Patrick, was with the band at the time as founder). The first shows followed that same year. The bands first release, a split single on Smith and Nephew, came out at the beginning of 1996, unfortunately much too early and not worthy of further attention. The second release in form of a 6 track EP on compact disc, The Oscillating Fan, came out in 2000 on Bushido Records. A further picture split single, with The Days Refrain, proceded on Park Bench Records. With a new guitarist A.M. Thawn published their first full-length Album, Victorian Leaves, in 2002 on Riptide Recordings/ Swing-Deluxe. The guitarist however left the band after recording and the following tour. At this point A.M. Thawn decided for the time being to continue as a trio, which decisively influenced the bands approach to producing songs and the sound of the band itself. Where the Guitarist once stood in the foreground, the bands attention now turned to Rhythm and simplicity within the song structure. During many shows in Germany and many rehearsals, 11 new songs developed in preparation for the second full-length, Coalition:Now. Coalition:Now, produced and engineered by Santi Garcia, was recorded and mixed at Studio Ultramarinos C.B. in Spain in February of 2004. Following the recording of Coalition:Now, A.M. Thawn did a two-week tour in France and Germany. Coalition: Now has been out since June ’04 on Day After Records and will be followed up by more touring, again as a gang of four, in Europe and elsewhere. 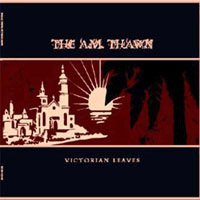